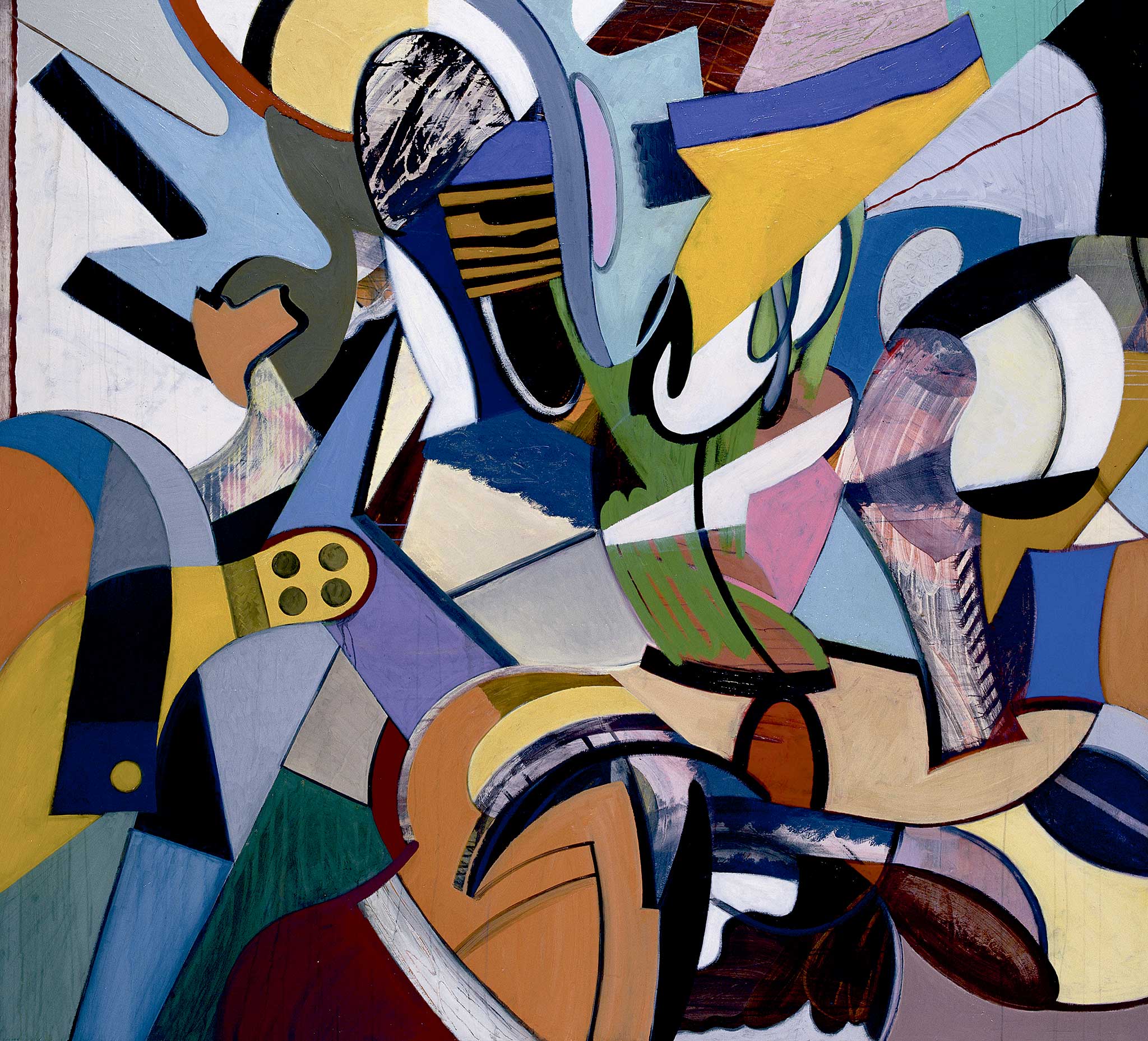 Lars Norgard is a midcareer Danish painter whose abstract works have been widely exhibited in Scandinavia. As evidenced by the numerous works on view in this, his firstmNew York solo show, he is extraordinarily prolific. In addition to one room of eight recentmlarge canvases, numerous smaller works were on display elsewhere in the gallery, as wasma video monitor showing an animated film Norgard recently completed. Agile andmcolorful, these compositions appear completely abstract, yet the artist uses illusionistic devices that are perhaps more often associated with figurative painting. He dresses each canvas with a thick, textured white acrylic undercoating that gives body to the overpainted oil colors and adds to the spatial nuances of the images. At times, Norgard’s paintings recall the fractured planes of certain digital imagery.

Big Gorilla Meets Fate in Dancing School, a canvas over 6 feet tall, features a jumble of triangle shapes, diagonal lines and curvaceous elements crammed into a shallow space. An array of pale blue, orange, sienna and yellow ocher hues illuminate the scene, as the dynamic thrust of the composition suggests an implosion. Fragmented planes appear to glide toward a central vanishing point. In the lower right quadrant, a red oval and a series of curving brown and black lines teasingly suggest the tumbling dance of a gorilla.

In another large painting, I Was Just About to Call You, a group of clearly outlined but ambiguous crescent shapes are stacked against abutting rectangles. Contrasts of light and shade define the volumes of a large, gray missile form and a smaller, rounded shape in the foreground. In some areas, stripes embellish the surface to create the illusion of various wood-grain textures. In one area, a section of white is streaked with black lines suggesting floorboards. This fragment of interior space is intersected by incongruous, abstract planes. As the work’s title suggests, the image seems to refer to a moment when reverie is disrupted.